SOBA Carolinas members marked Valentine’s Day 2016 in style as they serenated and celebrated their wives. They honored their wives in an exclusive and intimate night out at the residence of their chapter President. It was a night of romance and entertainment that left the wives asking to make this an annual event.

The wives had seemingly underestimated the exquisite taste in style of their SOBAN husbands. They were surprised by the level of detail that their husbands had put in the planning of this event- that was all about them.  The look on their faces was priceless when they stepped into the basement that had  been transformed into a classic upscale restaurant by Lupekia Event Management. The sound of cool jazz graced the air as they were shown to their seats by the ushers.  This was the beginning of a night to remember. 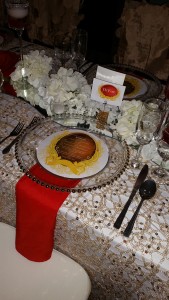 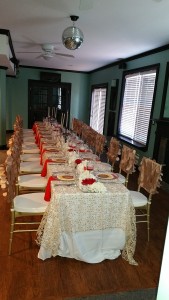 The august guests and their SOBAN husbands were treated to a sumptuous formal catered dinner. The three-course meal, expertly prepared by Beyond ‘Thyme’ Catering, was every bit as delicious and fulfilling as the love-themed names on the à la carte menu.  After serving sensational appetizers, the waiters moved on to serve the entrée. The “sweetheart fried rice marinated with kisses, “hubby sautéed chicken baked with love,” “tender finger licking fried plantains,” and “hot and steamy sautéed spinach-cabbage mix” made for a rich and balanced meal.  As the night grew and the alcohol settled in, the wives saw different sides of their husbands as high school stories from their days in Sasse flowed. The ambiance was amazing – love was definitely in the air. As dessert was served, the wives thought they had seen it all…until they got their next surprise. 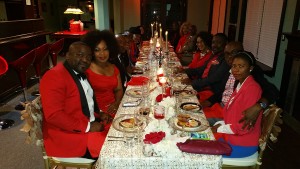 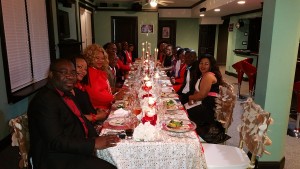 SOBA Carolinas members each took turns to present their wives with a special gift as they proclaimed their love to them. It was a magical moment, as romantic sides of the SOBANS were flawlessly demonstrated with the other SOBANS and wives witnessing the magic.  After a short photo session to immortalize the evening, the DJ led the transition to party mode, as the music gradually evolved from classic romantic jazz during dinner to soft blues into full-fledged makossa, “naiga” and other latest musical selections. 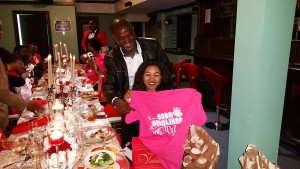 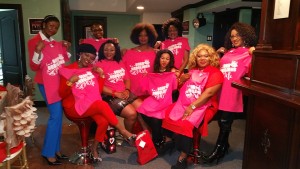 The upscale restaurant scene was promptly transformed into state-of-the-art night club…Club 4te … as the disco lights filled the air and the couples graced the dance floor. By the time the soiree ended in the early hours of Sunday morning, the tired legs and smiling faces were ample evidence of a night well spent. The wives unanimously voted for this to become an annual event for SOBA Carolinas. The members who missed the soiree were in awe when they heard early reports of the event. 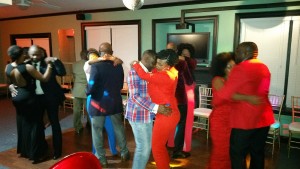 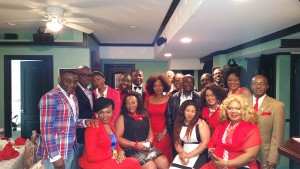 Valentine’s Day 2016 was marked with glamor, romance and class by SOBA Carolinas. The SOBANESE – SOBAN wives were honored.  The bar has been raised and a tradition is in the making. Get ready for Valentine’s Day 2017.