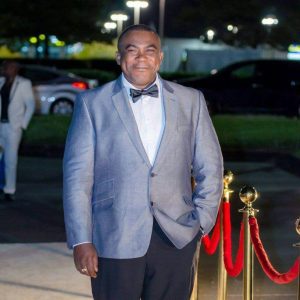 The cold hands of death once again hit the SOBA America family as SOBAN Kenneth Ndelle of the DC Metro chapter died suddenly on January 7th,2017. Kenneth was a very active member of his chapter and SOBA America. Kenneth was a devoted father of two wonderful boys, Kyle -13 and Ryan – 11, and a loving husband to his wife Rosemary. SOBA America sends deepest condolences to his family.

SOBANS answered present in numbers at the funeral services on the weekend of  January 27th and 28th. SOBA America vice president, Dr. Bertrand Fote and SOBA DC chapter president Ekole Fonjungo led the official SOBA America delegation at the funeral services. Kenneth’s wife, Rosemary was presented with a Lifetime Achievement Award  given posthumously to SOBAN Kenneth, and the DC Metro chapter presented her with a DC Metro chapter polo shirt in honor and memory of her late husband. On Saturday January 28th, SOBANS led the lines in wishing their fallen brother a final goodbye during an emotional and heavily attended funeral service. SOBAN Kenneth was given full SOBA America honors including a guard of honor given by SOBANS as his casket made the final journey from the church to the cemetery.

May the soul of our fallen brother – Kenneth Ndelle – rest in peace. 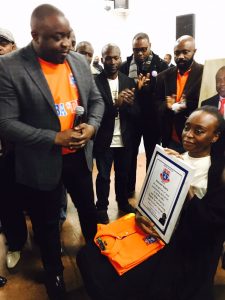